I have written my Bachelor's thesis with the subject “Adaptives Verfahren zur Steuerung von Schlüsselbildanimationen in industriellen Fertigungsanlagen” (adaptive technique to control keyframe animation in industrial facilities) in the year 2007. My thesis was supervised by Dr. Matthias Fischer. Another contact person was Dr. Christoph Laroque.

The program I have written for my Bachelor's thesis is called “Animator”. It is possible to load 3D objects with it, which are shown in a 3D scene. The objects can be grouped and with this it is possible to build up hierarchies. Single objects or groups can be translated or rotated and for different points in time keyframes can be created. The originated keyframe animations can be observed and properties like the interpolation method or the repetition of every animation can be changed. The scene with the animations can be saved to a file. Four methods developed by me to control the animations can be chosen. Test scenes with arbitrary many objects can be created and measurements can be performed. I need the measurements to evaluate the different animation methods in my thesis.

I have implemented this program in C++. I have successfully tested the compilation of the sources and execution of the program under Linux and Windows. The program uses the following libraries: 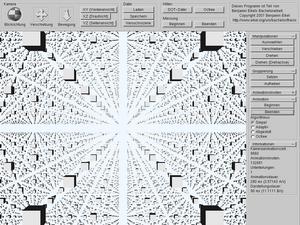 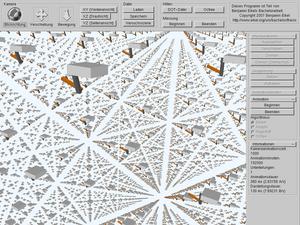 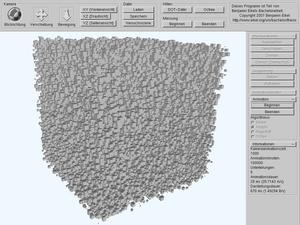 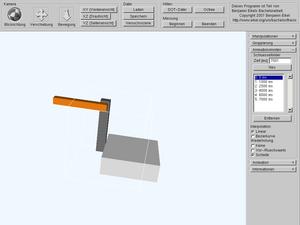 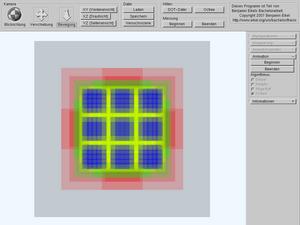 Display of a Loose Octree to partition the scene

Click the images to see a video. The videos are MPEG-4 (FMP4) encoded. 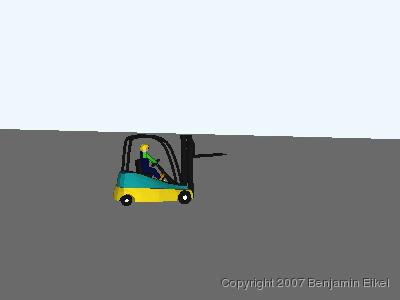 Szene with moving forklift, animated human character inside the forklift, who waves at the end, and camera motion